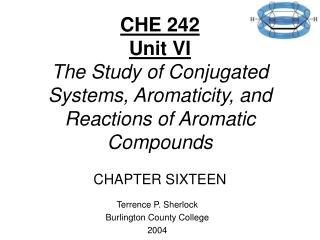 REACTIONS OF AROMATIC COMPOUNDS - . electrophilic aromatic substitution : the mechanism of many reactions of aromatic

Unit: Organic Chemistry - . aromatic hydrocarbons. the electrons in the double bond are spread out and share over the