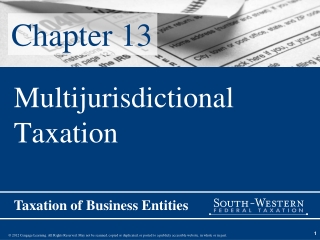 Chapter 13. Multijurisdictional Taxation. The Big Picture (slide 1 of 3). VoiceCo, a domestic corporation, designs, manufactures, and sells specialty microphones for use in theaters. All of its activities take place in Florida But, it ships products to customers all over the United States.