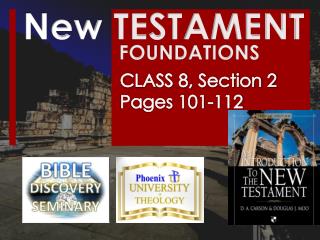 New Testament - . fulfillment of the old testament promises. genesis 3:15. “i will put emnity between you and the