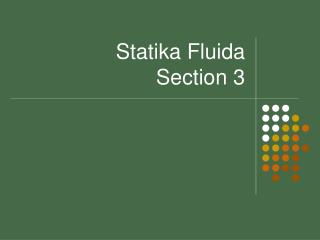 Dynamos in Astrophysics - . see chapter 13 of kulsrud for more details. some fundamental questions. where do magnetic

THE UNIFORM METHOD - . not just a uniform. reasons for a uniform. equality: boys wear the same uniform and cooperate as

Uniform Flow - . introduction. flow depth does not change with distance is called uniform flow and corresponding depth is

What is Computational Fluid Dynamics?