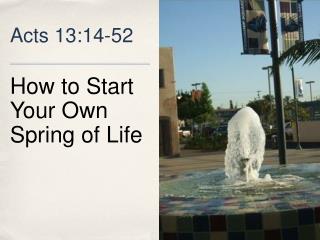 MODULE 1 - . introduction. our acts or responses to a situation practically reflect our feelings, thinking and judgment

The Church in Action - . lesson 6. lesson text—acts 1:14. acts 1:14 these all continued with one accord in prayer and