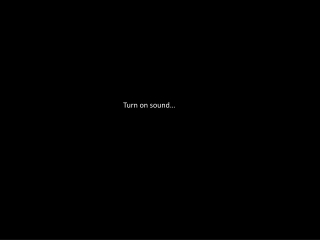 Turn on sound…. “Money” The Beatles Album: With the Beatles (1963). The 13 Richest Americans Of All Time. Dollar amounts are adjusted for inflation. A Tie Dye Production. #13 Warren Buffet Born: 1930. Peak fortune: $63.9 billion The Sound and the Fury - . american writer of novels, short stories, poetry and occasional screenplays he is considered

How can God take a rebellious man and turn him into a son of God? - . the heart of man left alone will follow the flesh!

The Nature of Sound - Sound - any audible vibration of molecules;they can be transmitted through liquids, solids and

“The Sound of Thunder” By Ray Bradbury - . multiple choice. q: eckels travels with time safari because he wants

Uglies - . by: scott westerfeld. *this book is set in the future, where, until you turn 16, you are considered