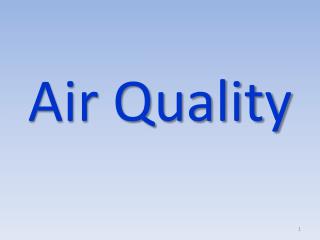 Air Quality. The Air Components. A person may survive many days without food, or few days without water, but without air a person could not exist long enough to walk 100 feet.