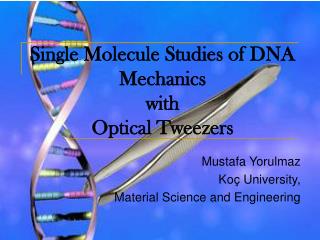 Optical Tweezers - . research performed by: rachel patton mccord. at the national institute of standards and technology

DNA molecule - Answer : the slight excess of mass of the less stable isotopes is converted to energy when isotopes are