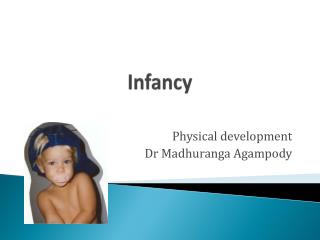 Infancy - . and childhood. developmental psychology : study of changes that occur in people from birth through old age.

Infancy - . human development across the lifespan dep 2004. guiding questions. what is brain plasticity? how do infants

Review…Infancy - . exact ages stage of freud? what would erickson say about social development? what stage of

Infancy Childhood - The beginnings of life: the newborn. infant abilities. infants are born with immature visual

Infancy &amp; Childhood - . physical development. focus on our physical changes over time. how do brain and motor