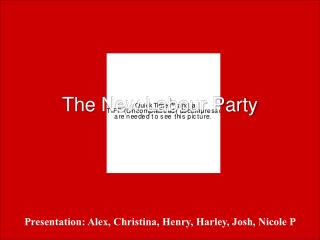 Origins of The Labour Party - . spread of the franchise : reform acts of 1867 and 1884 added about 8 million working

New Labour at work - . long-term unemployment and the geography of opportunity nik theodore, university of illinois at

New Year Eve’s party - In the united states, all people celebration of the new year, and marley move are made with