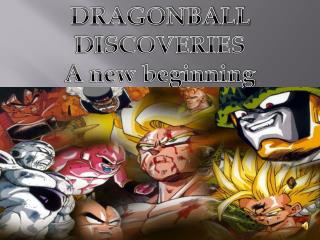 DRAGONBALL DISCOVERIES A new beginning . In a new world where money is every thing tony Montana takes over the world for his self and his partner Goku.

Strolling Through the Match - . the beginning of the end … or the end of the beginning. presented by owen p. phillips,

A Source beginning with “E” indicates a commitment - Notice the commitment of $1,915 for jason bourne. sample: