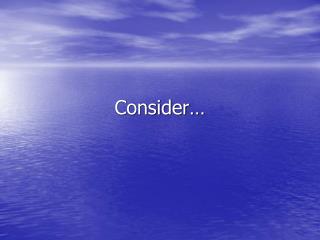 Consider…. To Do. First we will watch a video with updated statistics then we’ll discuss: https:// www.youtube.com/watch?v=r6eTr4ldDYg For the next three slides, list the most surprising statistic & explain why. Remember to number your responses!. The World As A Village of 100 People.