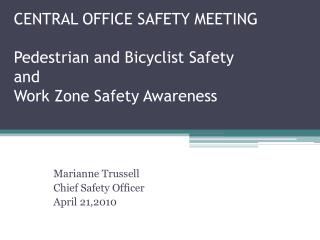 Basic Safety - . safety. safety is a learned behavior and attitude. safety is a way of working that must be incorporated

CARDINAL SAFETY RULES - . there is no greater priority than the safety of each and every employee of staffaid. for this

anbrcama - Www.anbrcama.com. why safety is required?. to remain happy…. safety starts from. me. what is safety?. safety