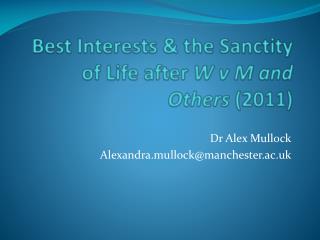 After Life - Fultondale church of christ 2016-02-21 pm. after life. introduction. differing views of life and death

Fabrication, Falsification, and the Sanctity of Data - . prof. william ullman college of marine and earth studies

The life of M acie - . by: macie. three facts of me. i love peace signs i have 46 cousins on my moms side i love cool

Life after the Revolution - . america in 1786. congress has not paid the veterans of the continental army in 5 years the

The best interests of the child - . johanna schiratzki ersta sköndal university college 2014-08-28. what is a child?.

Sanctity of Life - . why should it be protected? for how long ? in all circumstances?. in how many ways could the life