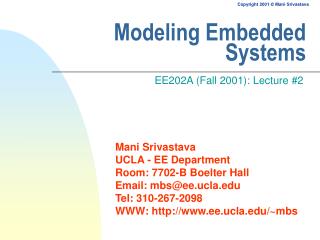 Introduction - . the chapter will address the following questions: what is systems modeling and what is the difference