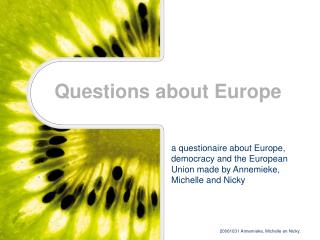 Eastern Europe - . this is how eastern europe looked in 1989… look how much the soviet union (u.s.s.r.) controlled!.

Chapter 5 European Exploration 1492-1700 pages 96-113 - . essential questions would the new world have been discovered