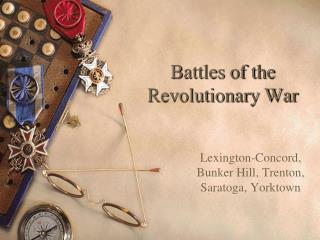 Battles of the Revolutionary War Battles of the Revolutionary War

DO NOW - . why do you think women won the right to vote in 1920, after earlier efforts had failed? look in your notes and

The first duty of a revolutionary is to get away with it. Jerry Rubin - Where have we been? where are we going? how

BATTLES OF WORLD WAR I - . major world war i battles. major battles and events. marne - 1914 -north of paris the french

BATTLES OF WORLD WAR I - . major world war i battles. major battles and events. marne - 1914 -north of paris the french

Civil War - . essential questions/ topics: what were the underlying and immediate causes of the civil war? contrast the

MAJOR BATTLES OF WWI - . battles - the western front. the battle of the frontiers,

Road to the Revolutionary War - . question #1. what was beginning to happen towards the end of the last chapter?.

The Cold War: A War with no Battles - . the roots of the cold war. following world war ii a cold war broke out between

THE AGE OF REASON - . the revolutionary period. science in the new world. the invasion of smallpox cotton mather, the

Implementation - . what is implementation?. process by which policies are put into effect. is crucial a policy is