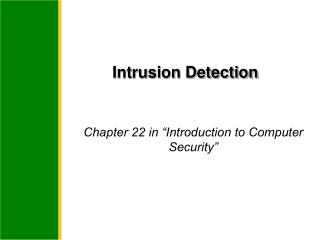 Intrusion Detection - . dr. gregory vert. intrusion detection. definition: detection of an attack while it is going on