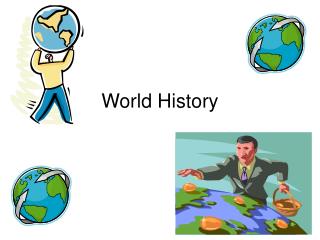 Unit 1: History of World Religions - . in this unit, you will:. know the vocabulary and key figures in the history of the

World History - . chapter 1 presented by mr. “g”. history began at this point according to historians. card 1. give

History of Psychology - . modern history. history of psychology. “psychology has a long past, but only a short

WORLD HISTORY I - . visual sol review. 1. the statue of athena found in the parthenon was created by a) phidippides b) da

AP World History Multiple Choice Questions 600 – 1450 - . which of the following statements most accurately reflects a