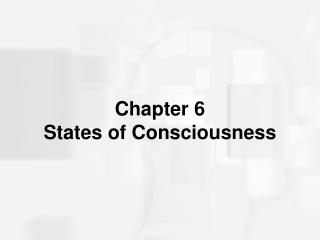 Chapter 6 States of Consciousness. Some Early Definitions. Consciousness: All the sensations, perceptions, memories, and feelings you are aware of at any instant Waking consciousness: Normal, clear alert awareness Chapter 11 - . families and intimate relationships. questions for you. what have been some of the most significant

Unit 5: States of Consciousness - . unit overview. sleep and dreams hypnosis drugs and consciousness. click on the any of

Chapter 27 - . reproduction and embryonic development. baby bonanza the increased use of fertility drugs has caused an