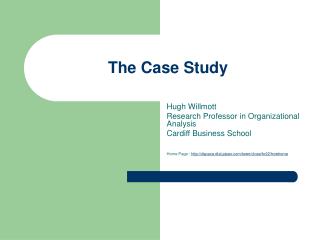 The Case Study - Case report design execution reporting. the case study. the case may be an individual, an event, a

The Threaded Case Study - . objective. the purpose of the tcs is to engage the students in learningÂ by allowing them