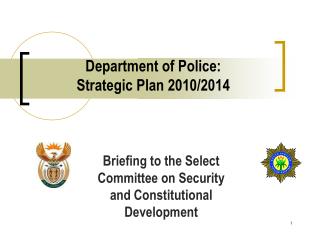 Psychology and the Police - . who are the clienteles? types of police deviance psychology and police selection.

The Strategic Plan - . a review of the eight strategies common to all organizations against factors in the changing