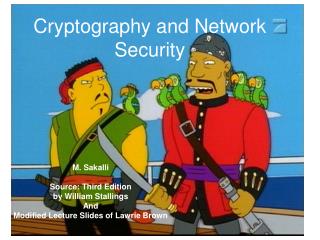 Cryptography and Network Security - . introduction. the most critical phase of e-transactions is ensuring the security of