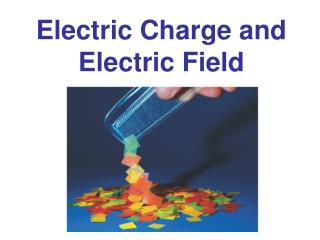 ELECTRIC CHARGE Chapter 16 - . just as the mass of the earth exerts an invisible force on you because of your mass. any

Static Electricity - . what is static electricity ?. a stationary electrical charge that is built up on the surface of a