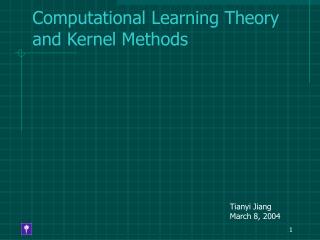 An Introduction to Monte Carlo Methods for Lattice Quantum Field Theory - . a d kennedy university of edinburgh. model or

Computational Linguistics - . what is it and what (if any) are its unifying themes?. computational linguistics. i often