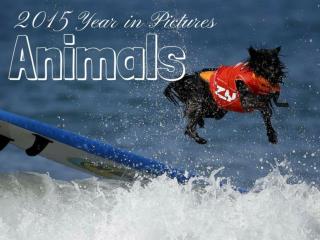 A selection of images of some of the best animal photos of 2015 from photographers all around the world. Develop Concepts - What creatures might a photographer take pictures of by the ocean? what skills might a wildlife

Using animals - . learning objectives: to give examples of how humans use animals to explain why humans have domesticated

TB in Four- and Two-Legged Animals - . lorna will rn, ma wi division of public health wmln 2013. what is the problem?.

Bennett-Levy and Marteau (1984) Fear of Animals: What is prepared? - . wjec py2 core studies. instructions. in front off

Practice Vocabulary - . and your memory. animals. task 1: you have one minute . look at the pictures of animals carefully