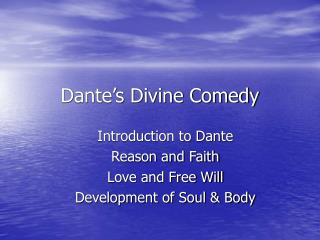 An introduction to the Bootstrap method - . hugh shanahan university college london november 2001. i know that it will

The Divine Comedy - . a classical quest through hell, purgatory, and paradise . dante’s structure: the quest for