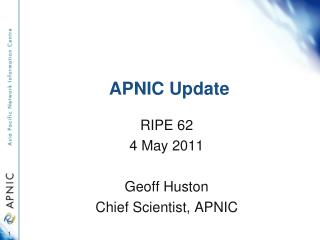 Measuring ‘s Public DNS - . geoff huston apnic. how many of you have done this? and in the last few months did any of

DES Update: Current Information - . developed in collaboration with the centers for disease control and prevention,