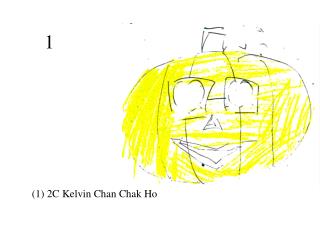 1. (1) 2C Kelvin Chan Chak Ho. (4) 2C David Chan Wai Man. This is the cartoon character that I designed. His name is Tom. He is a cartoon character for Halloween. He is my favourite character now because I like my design very much. Let me introduce this character. 1 Peter 1:1 - . peter, an apostle of jesus christ: to the temporary residents  dispersed in pontus, galatia,