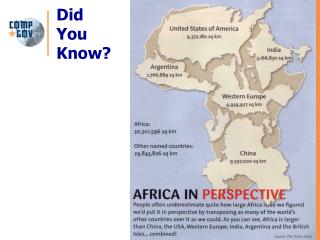 Did You Know?. Why is Nigeria a useful case study for students of AP CompGov?. British colonization left Nigeria with a political and economic legacy that is common among many formerly colonized states. Nigeria ’ s socioeconomic indicators are typical of many developing countries