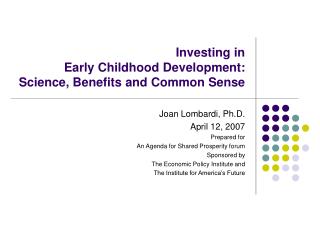 Socioemotional Development in Early Adulthood - Stability and change from childhood to adulthood. for adults,