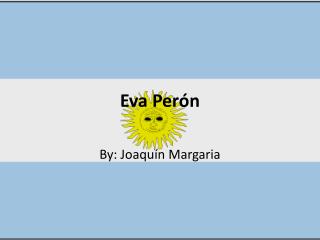 Eva Perón. By: Joaquín Margaria. Birth and Early Life. Eva Perón was born on May 7, 1919 at Los Toldos, Argentina. She was the youngest of five children and was born to Juan Duarte and Juana Ibarguran.