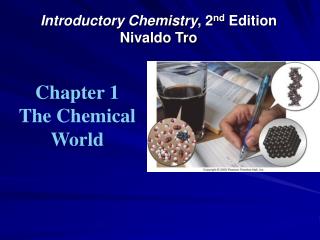 Introductory Chemistry , 2 nd Edition Nivaldo Tro. Chapter 1 The Chemical World. Why Does Soda Pop Fizz?. Everything around you is composed of chemicals Main chemical ingredients of soda pop: water, sugar and carbon dioxide Properties of soda pop are due to properties of these chemicals