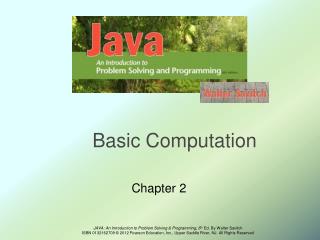 Computation - . motivating questions: what does “computation” mean? what are the similarities and differences between

Computation - . chapter 4. computational issues. goal of the book: be able to make useful claims about problems and the

Synchronous Computation - . barrier. a barrier is inserted at the point in each process where it must wait. all processes

Evolutionary Computation - . evolving neural network topologies. project problem. there is a class of problems that are