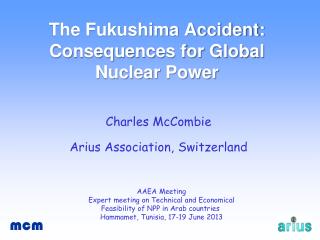 Six years after Fukushima - On march 11, 2011, a 9.0 magnitude earthquake set off a massive tsunami and meltdowns at the

Nuclear Fusion - . the possibility. introduction. “every time you look up at the sky, every one of those points of

Assessing Environmental Harms from the Nuclear Fuel Cycle, Coal, and Natural Gas - . presentation to the special

The Nature of Addiction … and the power of intervention September 1st, 2005 - Barry m. rosen, m.d. the

Accident Prevention Program (APP) - . an overview of what’s required and how to develop one. april, 2010. purpose: to