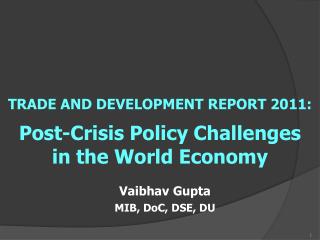 The UK Economy in a global context - Poverty and inequality. globalisation. fdi. constraints to development.

The U.S. and World Sugar Industries under the EU and DOHA Trade Liberalization - . won w. koo chamber of commerce

Chapter 13: Development: The Glue that holds together the Global Economy - . where are we going, what, how, why,

Financial Reporting and Regulation in a World of Financial Engineering: Accounting and the Global Financial Crisis

Famous economists and their contributions