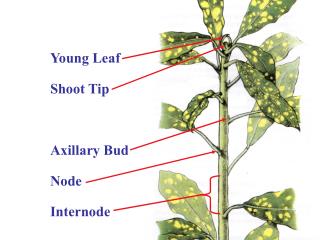 LEAF - . what should a christian marriage be like???. life-giving exclusive (no-one else) always (permanent) faithful . l

Leaf Lessons - . visual and performing art science math language arts. what do we know about leaves?. they change color

leaf primordium - &quot;a pattern without matter&quot; is the arabidopsis shoot meristem stem cell niche a self

Leaf Vessels - . vessel: a hollow container, especially one used to hold liquid. you must use a leaf(s) to create the

Leaf Structure - . why is a leaf like a sandwich?. layers of a leaf. upper epidermis. contains cells which secrete a waxy

Leaf Morphology - . tell me about these…. similarities and differences. what do you know about leaves?. types of

Leaf Anatomy - Lab:. leaf anatomy. to identify the structures in the leaf that are involved in photosynthesis. purpose.