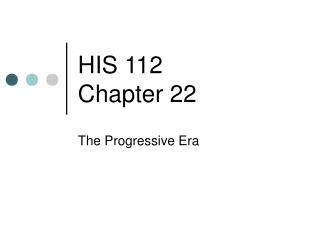 HIS 112 Chapter 24 - . world war i. foreign policy of theodore roosevelt. took over the building of the panama canal from

His 112 Chapter 17 - Movement west. before civil war, many had ventured westcalifornia was a popular destination because

His 112 Chapter 17 - . the west. movement west. before civil war, many had ventured west california was a popular