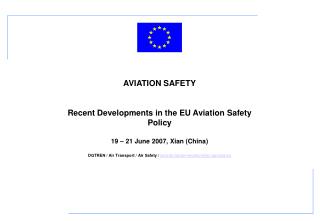 A.2: Working Methods for EASA Inspections - . a.3: transferring the management of the safa programme from jaa to easa.

EASA Working Group 21.023 - . during the transposition of jar-21 into eu law it was recognised that common requirements

Essential Guide For Methods Of Thermography Inspections - Thermography inspection is a popular, non-invasive, and

Networking for Inspections - . definition: people talking to one another, sharing ideas, information, and resources, that