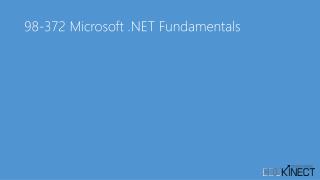 Microsoft .NET - . “realizing the next generation internet”. the internet of today. web sites are isolated islands

Microsoft .NET - . a platform that can be used for building and running windows and web applications such that the