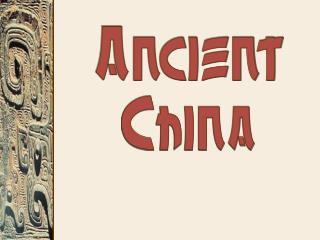 Ancient China. The Land and its Challenge. The Geography of China Historical China was smaller than present day China. Northern China is colder, flatter, and more arid than the south. The Yangzi River is the central feature of southern China.