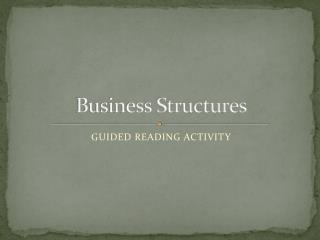 Business Structures - . business ownership opportunities. if you were to start your own business what would it be? how

Year 12 Business Studies Legal Structures- Partnerships - . recall activity. on the worksheet in front of you, decide