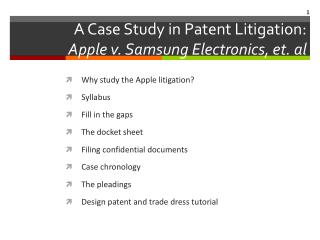 Case Study: Samsung Appliances - . the prosperity productions difference. our goal: to make research as engaging as the

IP: Scientific Evidence in Patent Litigation Week 4 - . open seating today! the first third of the quarter is over. we