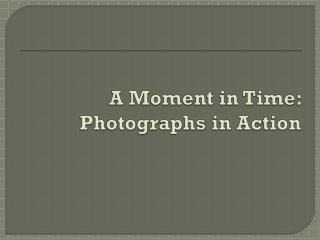 We’ll start in a moment… - . get ready to answer these… what is your name? tell us about your background. share an

A Moment In Black History - . researching individuals that are important to african american history by the students from

A Moment in History… - . the moon. our nearest neighbor. today’s goal:. develop conceptual understanding of why our

PowerPoint #1 - Mystery Photographs - . pp #1, days 3 and 4 (use to create puzzle pieces for grouping, analyzing, and

A POWERPOINT PRESENTATION - . university of maryland dental school. how to operate the lecture hall audio/visual system.

Guidelines in developing a PowerPoint Presentation - . hold up your end with compelling

A POWERPOINT PRESENTATION - Nhs in the health service. a powerpoint presentation. by add your name(s) here. read and

A PowerPoint Presentation - . background. developed and used in schools across north america for over 10 years hawker

How to make a Poster Presentation in PowerPoint - . by gericke sommerville march 21, 2003. objectives. understand the