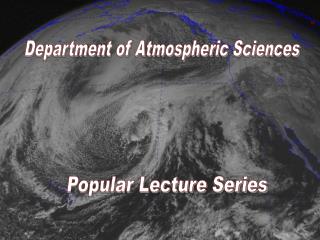 Atmospheric Chemistry at - . ole john nielsen department of chemistry, university of copenhagen. outline. who am i? what

The Response of Marine Boundary Layer Clouds to Climate Change in a Hierarchy of Models - . chris jones department of