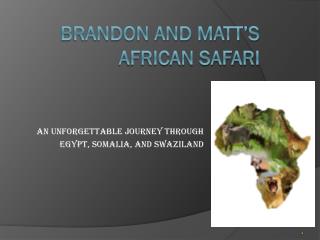 Ornamental Fish Dr. Craig Kasper HCC Brandon - So far...it’s been all about the food! aquaculture has been (and may

African Literature - . song of a mother to her firstborn. journal. what do you think children need to know? what would