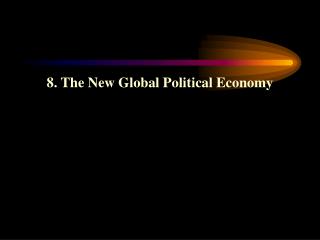 The Global Crisis, the Political Economy of State Restructuring, - And the campaign for transformative social protection

Key Topics in Political Economy: Global Health - . sophie harman queen mary university of london. what i teach and who i

Political Economy - . median voter model. in majoritarian systems, the policies are established by a majority vote. to

Unit 8 The Global Economy - . concept review: trade makes people better off. none of us is equally skilled at doing