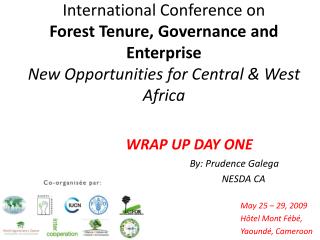 ¡ Bienvenidos a Chile! Language and Culture 2009 Memphis in May International Teachers’ Conference - . presented by

Exclusive Breastfeeding (EBF) and Child Mortality in West Africa: An Examination of the Differen - Ce in rates in burkina

CORPORATE GOVERNANCE IN THE BANKING SECTOR Presented by SANUSI LAMIDO SANUSI Governor, Central Bank of Nigeria AT - All