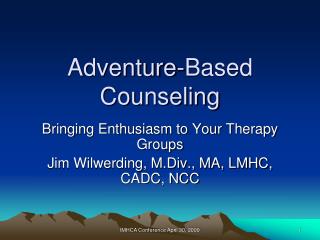 Adventure Based Team Building activities. - Join beyond the boardroom for a range of team building adventures throughout

Adventure - Aims: 1. to learn some new vocabulary used to talk about travel, exploration and extreme sports 2. to learn

Adventure - The inquiry will come up whether it is actually possible to be delighted without any attainment. visit :

The Impact of an Adventure-Based Freshmen Experience - . presenters: danielle schulta and chase steiner university of