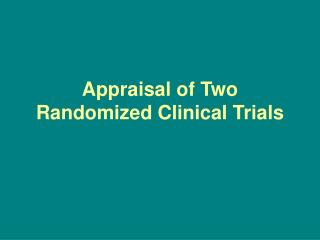 Randomized Clinical Trials (RCTs) - . the protocol biasness is a factor which can led to faulty clinical results. this